Posted by: MLPM-Admin 9 years, 2 months ago 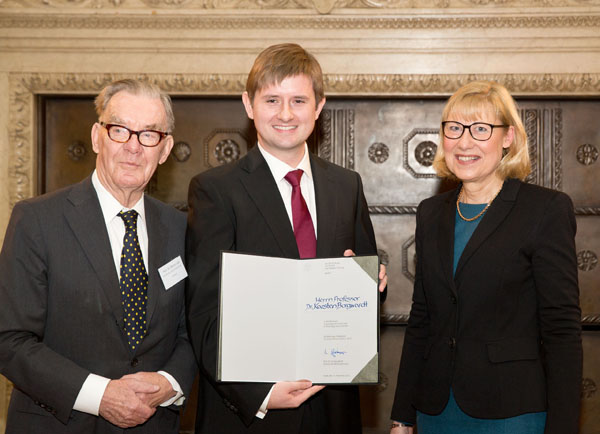 Professor Karsten Borgwardt, the scientific coordinator of "Machine Learning for Personalized Medcine (MLPM)" was awarded the 2013 Alfried Krupp Prize for Young Professors on November 13th, 2013, in Essen, Germany. The Alfried Krupp von Bohlen und Halbach-Stiftung's Board of Trustees selected him unanimously from a shortlist of a further 52 nominees from German universities and research institutes. "It is a great honour for me to receive this prestigious award," says Karsten Borgwardt. "The generous €1 million prize gives me the opportunity to create new postdoc and PhD positions in my lab, and to tackle new research questions at the interface of computer science and biomedicine," adds the scientist.

Only thirty-two years old, Karsten Borgwardt teaches computer science at the University of Tübingen and in parallel runs a joint research group of the Max Planck Institutes for Intelligent Systems and Developmental Biology, both in Tübingen, Germany. Karsten Borgwardt studied computer science at the University of Munich from 1999 to 2004 and completed a Master course in biology at the University of Oxford in 2002/03. He focuses on data mining in the life sciences, thus bridging the gap between these two scientific disciplines. "Data mining" refers to the computeraided search for patterns in large datasets, a research field that could yield new insights into the structure of data systems.

Especially in medicine and biology, research has increasingly focussed on data mining for a number of years. For instance, scientists have been trying to discover mutations in the genome sequences of thousands of individuals, a fact that often occurs in parallel with hereditary diseases or intolerance for a particular medical drug. Data mining researchers also strive to understand which of the millions of possible partial structures of a protein elicit a particular function, such as a medical effect.

All these topics have one thing in common for computer scientists: they involve finding the optimum solution from thousands, millions or even billions of candidate solutions, such as the variation in the genome sequence that occurs the most frequently in patients with a positive course of therapy. This means being able to calculate how good a solution is and rapidly decide which is the best one. 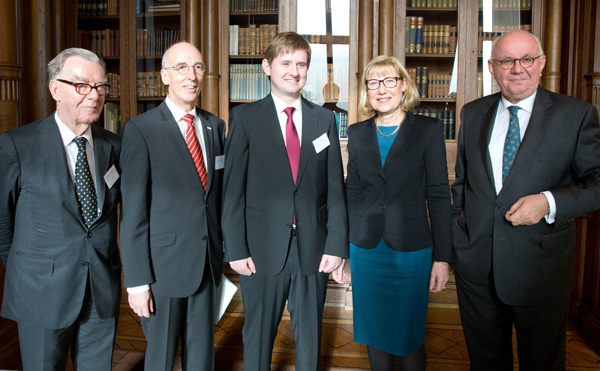 Data analysis in the life sciences thus requires the development of new, extremely rapid algorithms to search for, assess and compare possible solutions. Karsten Borgwardt has come up with new algorithms for comparing information included in the human genome, a complete set of DNA. He authored over fifty papers on this subject for leading journals and conferences, from theoretical genetics to computer science. He is particularly well known for his work on the efficient comparison of graphs, which helps to discover disease-related molecular networks and for which he has received two awards. 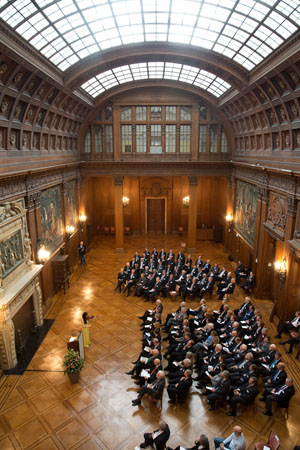 Borgwardt's research activities and the algorithms he has developed could play a key role in gaining new insights into the molecular structure of diseases. Several international genetics consortia have already used his work for this purpose. Ultimately, it takes us one step closer towards "personalized medicine", namely the individualisation of medical treatment in such a way asto take the molecular properties of each patient into account.

The award committee stressed that his findings may provide "new insights into the molecular structure of disease" and the predictability of drug responses, which is closely linked to the research field of the MLPM project. Karsten Borgwardt is the scientific coordinator of MLPM, an EU-funded Initial Training Network (ITN), led by the Max Planck Institute in Tübingen. The project's overall objective is to train experts in the fields of data mining and statistical genetics, scientists that one day might be able to tailor personalised medical treatments on the basis of individuals' gens. MLPM, which receives €3.7 million in EU funds, started in January 2013 and is expected to run until the end of 2016. 12 participants from 6 countries, including Germany, Belgium, France, Spain, the UK, and the US are involved in the project. 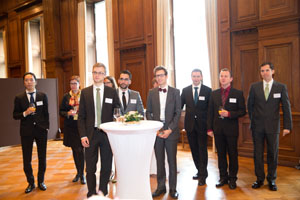 The prize ceremony was held at the Villa Hügel in Essen, with numerous guests from science, politics, and society. Karsten Borgwardt received the Krupp Prize from Reimar Lüst, the head of the scientific advisory board of the foundation, and Ursula Gather, the head of the Board of Trustees of the foundation. The laudatory speech was given by Wolfgang Rosenstiel, dean of the faculy of Science at the University of Tübingen. Rosenstiel summarized Borgwardt's biography, and named him "one of the most promising young scientists in Germany". After the the laureate's speech, Peter Strohschneider, president of the German Research Society, DFG, gave a lecture on scientific education. Before the prize ceromony, PhD students, including ITN MLPM-students, and postdocs of Borgwardt's lab had the opportunity to discuss with former prize laureates. 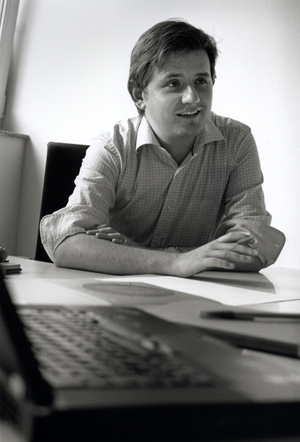 Karsten Borgwardt was born in Kaiserslautern, Germany, in December 1980 and grew up in Diedorf, near Augsburg. Once he had completed his Abitur, he moved to Munich to do a degree in computer science, which he completed with distinction in 2004 after writing a Master's thesis as a guest at the NICTA research institute in Canberra, Australia. A year earlier, he had already obtained a Master degree in biology at the University of Oxford.

Karsten Borgwardt already received a series of awards for his outstanding achievements as a school and university student. ln 1999 he received a scholarship from the Stiftung Maximilianeum, which promotes highly gifted students in Bavaria, and in 2002 and 2007 from the German National Academie Foundation. ln 2007 he received the Heinz Schwartzel Dissertation Award, an an nuai award for the best doctoral thesis in computer science at the three universities in Munich.

ln 2012 he coordinated an application for a Marie Curie Initial Training Network on "Machine Learning in Personalised Medicine", which was approved by the European Union and awarded € 3.75 million. He now runs this network as a scientific coordinator and pools the results from twelve research labs in six countries. Karsten Borgwardt (32) is married and lives in Tübingen. He recently spent a sabbatical semester at Harvard Medical School in Boston. 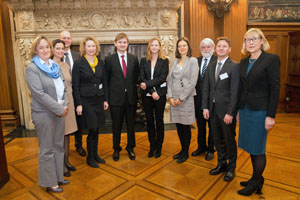 The Alfried Krupp Award has been presented annually since 1986 to young scientists who hold a professorship at a German university in the field of engineering or natural sciences. lt is regarded as one of the top awards for young scientists in terms of prize money (€ 1 million over a period of five years) and has been presented to thirty-three outstanding young scientists to date. The award is intended to enable the laureates to create a better working environment independently of public funding and thus further their work in research and teaching.

The Alfried Krupp von Bohlen und Halbach-Stiftung holds a 25.3% stake in ThyssenKrupp AG. lts main task is to use the income from its company shares for philanthropie purposes in the fields of science, education, healthcare, sport and culture. Since its inception in 1968, the foundation has donated over € 625 million to this end.